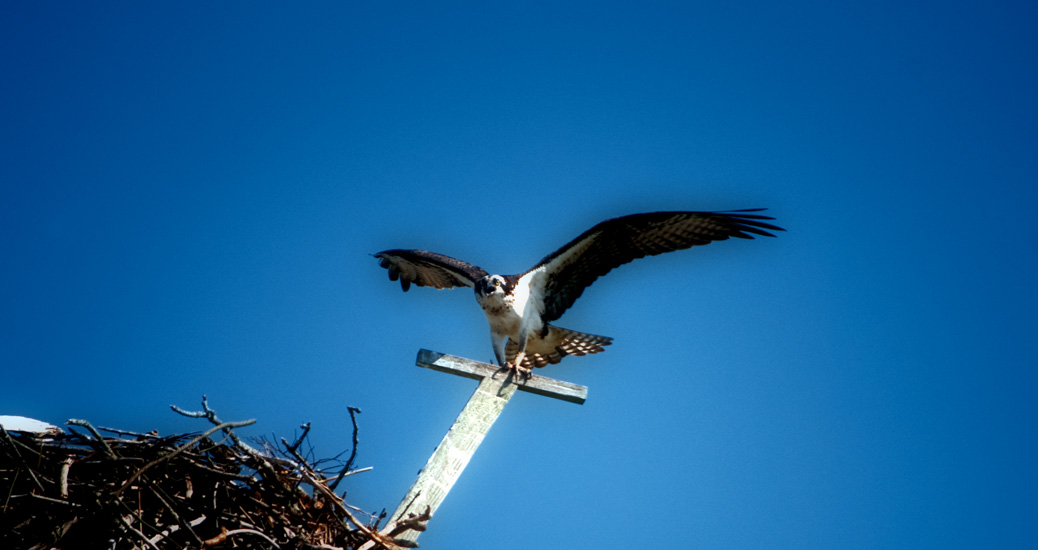 This bird, which eats almost exclusively fish, saw its population fall sharply around Long Island Sound during the 1950s and 1960s due to the effects of pesticides, particularly DDT. Since the ban on DDT, which occurred during the 1970s, and the placement of nesting platforms in wetlands all along the Sound, the osprey population has been making a recovery.